Latest News from The Skids

To celebrate the 40th Anniversary of The Absolute Game, we are delighted to announce that we have commissioned some stunning merchandise which will be available in the Skids Store very soon.

Demand for the new merchandise is of the scale, so, get in there quick.

This live streamed show is being broadcast to you from the very building that the SKIDS rehearsed in back in their formative years and will feature acoustic renditions of songs from throughout the SKIDS back catalogue, along with some stories from Richard Jobson's life and career as one of punk's true pioneers.

We are currently monitoring the ongoing situation regarding Coronavirus and our Bookings Agent is working closely with Promoters and venues with regards our upcoming shows.

These are unprecedented times for all of us and any decisions made have to be in the interest of the fans, the band, crew, venue staff and all of our families. As you are most likely aware, the UK Government has advised against “mass gatherings” and issued guidelines regarding self-isolation and travel. Any decision made regarding shows will be taking all of the above into consideration.

We never like having to cancel shows but we are sure you will understand if shows cannot go ahead over the next couple of months.

This message will be pinned to the top of the Facebook page and any shows that are cancelled/postponed will be listed below. Please check venues regarding any rescheduling and details of ticket validity etc.

The plan is to update this list on a daily basis as and when we get notice of affected shows.

Skids will perform songs from their acoustic album, Peaceful Times. Supported by Bruce and Jamie Watson, Richard Jobson will also be entertaining us with stories from his amazing career and reading excerpts from his novels. . 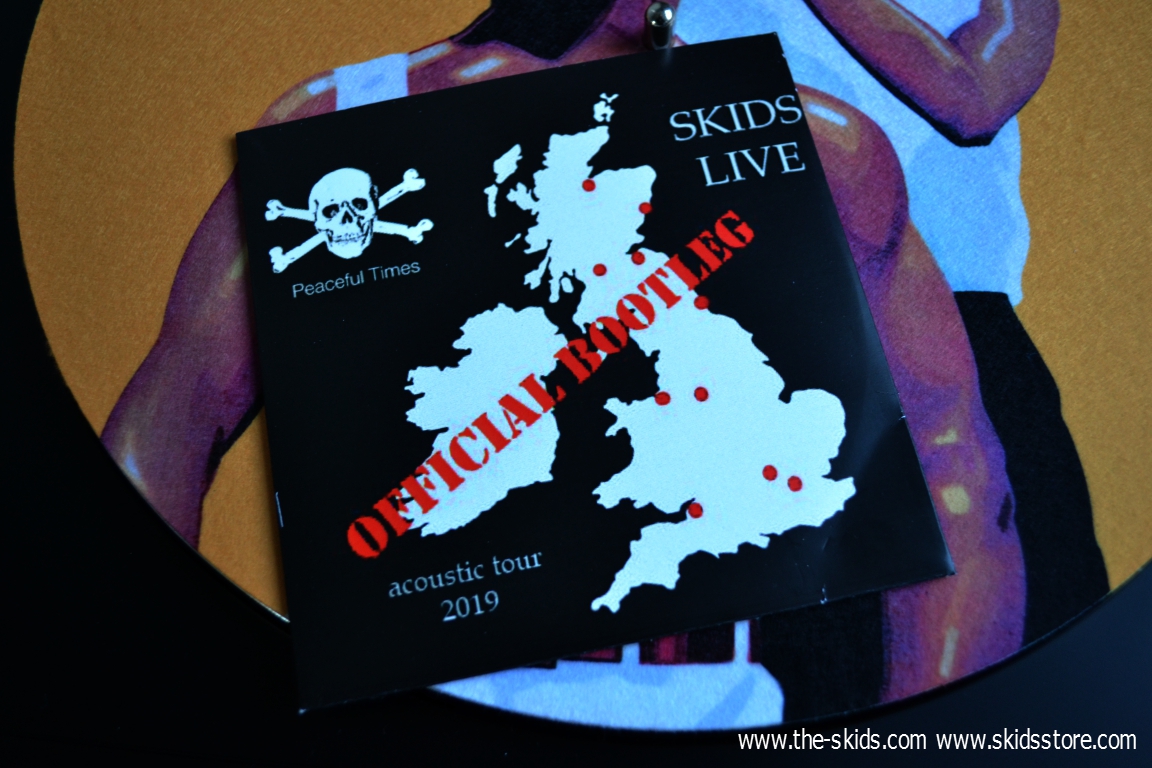 Recorded on the Peaceful Times Acoustic Tour in September 2019. A must have for all Skids fans.
CLICK HERE TO BUY NOW 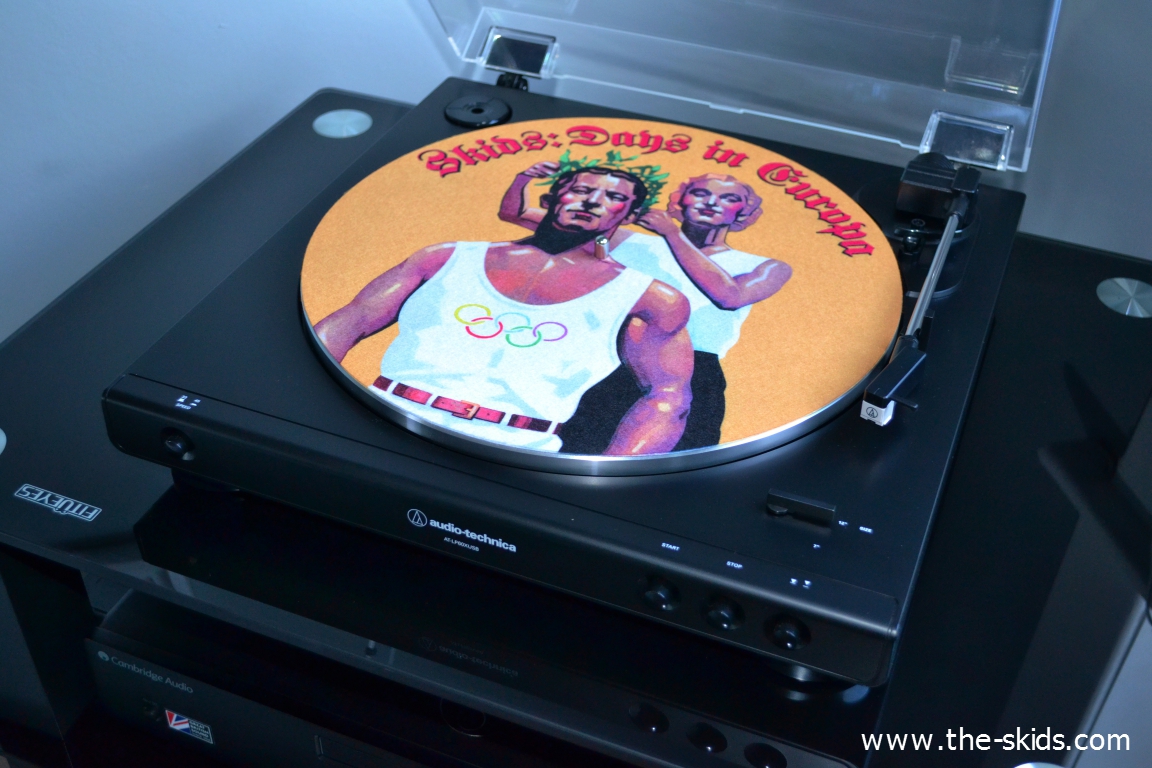 Never has a record deck look so good. Days in Europa slip mat is now available in Skids Store. Be quick! CLICK HERE to visit the store 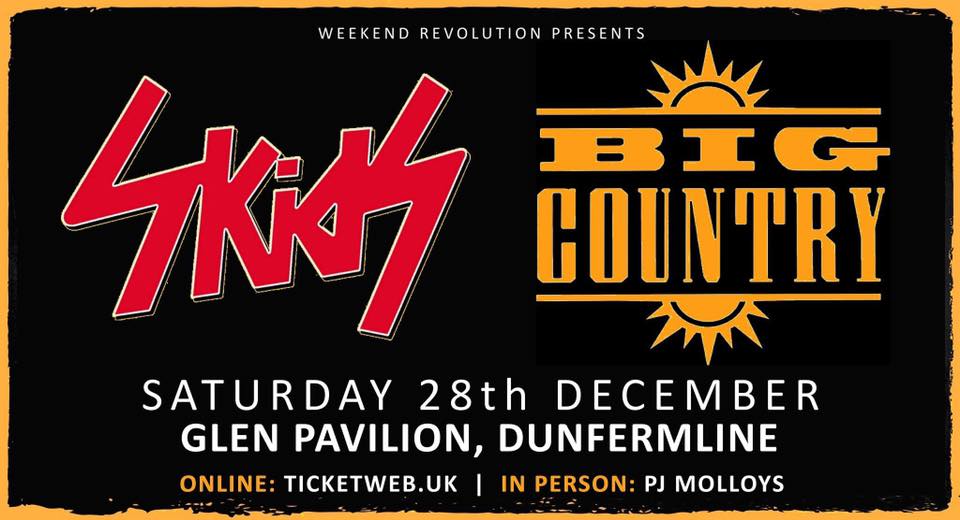 Our annual Festive shindig with Big Country is getting close to a sell out!! Get tickets quick from TicketWeb UK

An Audience with The Skids 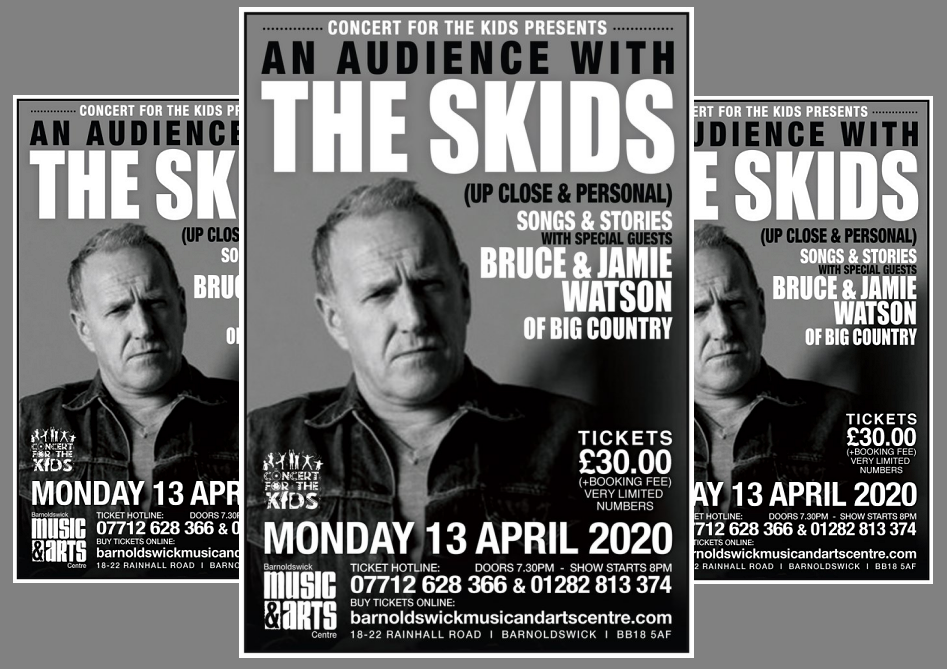 A harrowing incident as a child left him suffering with epilepsy but he was a mere 15 years old when he launched the punk rock band The Skids in 1977 with his songwriting partner Stuart Adamson.

With hit singles including the immortal 'Into The Valley', after four albums The Skids folded and Jobson formed The Armoury Show whilst Adamson moved on to form his new band Big Country. In the 1980s, Jobson became a familiar face on television as a presenter on '01 For London' and as film reviewer for Sky Television.

In June 2013, he was awarded an honorary degree (Doctor of Arts) from Edinburgh Napier University.With a life that has gone full circle, in 2017 he reactivated The Skids.

A successful UK tour prompted demand for more shows in 2018 as well as the band's first new album for over three decades, making this the perfect time to write his memoirs 'Into The Valley' which was released in 2018 by Wymer Publishing.

Joining Richard tonight will be Bruce & Jamie Watson of Big Country who will perform their own set before joining Richard for acoustic renditions of his back catalogue.

Fans of The Skids and Big Country will love this. Book early! 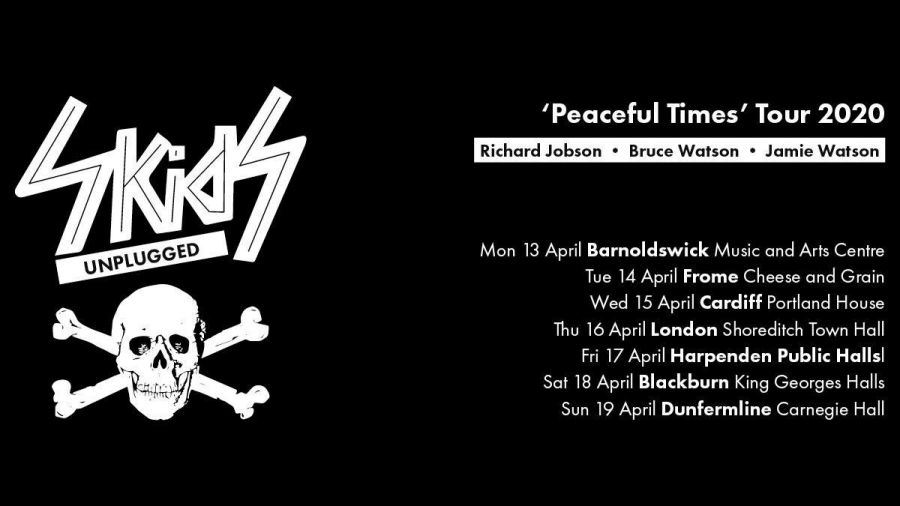 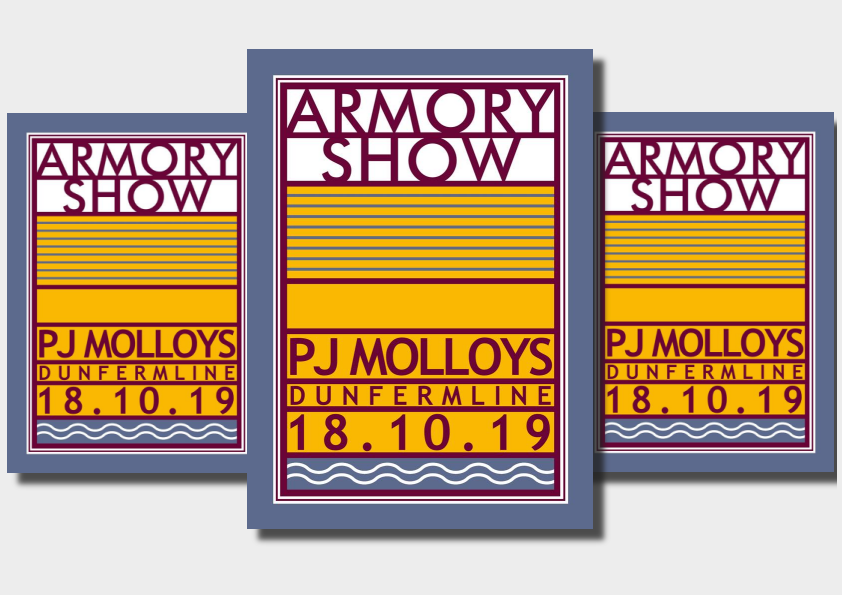