Latest News from The Skids

We would like to remind you that the last posting dates from Skids Store are:

All orders are posted the day after your order has been confirmed at the latest and all orders made before midnight 20th December, will be posted on 21st December.

We can also confirm that more "Into The Valley" and "Masquerade" handwritten lyrics and more coasters will arrive in store on Saturday 12th December.

Skids show at O2 Academy, Newcastle, on 12th November 2021, has been relocated to the Boiler Shop on the same date.

Tickets already purchased for the show will remain valid. Apologies for any inconvenience caused.

These beautifully crafted coasters are available in store. Coaster diameter 10cm, thickness 4mm with 4 Non-stick pads on underside.
CLICK HERE to get yours today.

Bawbags Cool De Sacs are premium boxer shorts with Bawbags' very own Technical Wicking Active Technology (T.W.A.T). This special quick drying fabric with a bamboo baw pouch keeps ‘em tidy whatever you get up to!

Get your Fantastic Festive offering from The Skids NOW!!

Los Angeles, CA - Nestled in the southern region of Scotland, between two majestic rivers to the north and south, and the great North Sea on its eastern border, lies the historic county of Fife. And in Fife you’ll find one of the great musical epicenters of Scotland, the city of Dunfermline, home to not just one but two members of classic rock heroes Nazareth plus flute-playing frontman for Jethro Tull, Mr. Ian Anderson, and one of the great new wave punk rock bands of the late ‘70s, Skids!

Founded in 1977 by the vocalist Richard Jobson, guitarist Stuart Adamson (later of Big Country fame), and bassist Williiam Simpson, the band has forged a legacy that extends far beyond the shores of the Scottish peninsula, inspiring acts such as U2 and Green Day.

Although Adamson passed in 2001, the band has continued to thrive with Jobson and Simpson at the helm alongside Bruce and Jamie Watson (both borrowed from Big Country), and this year they’ve written and released a fantastic tribute to their home country, the heartwarming “Christmas In Fife.” Sounding very much like the musical kin of The Pogue’s “Fairytale Of New York,” “Christmas In Fife” offers the jolly-old stomp of a classic pub singalong complete with piano, accordion, whistling, and gang vocals on the choruses.

It’s a rousing, merry carol that is sure to become a holiday favourite down at the old watering hole in Dunfermline, or wherever pints are poured on Christmas day!

Jobson says “Fife is a special place full of crazy but loveable people. The song is a fun tribute to them and everyone else on the planet who has gone through so much over the past year. We hope it puts a smile on your face. Merry Xmas Punk Rockers!!”

Watch for a new full-length album from Skids coming out on Cleopatra Records in 2021!

Days in Raspberry & Gin to the Valley

Treat yourself to a Limited Edition 5cl Gin Tasters "Gin To The Valley" or "Days in Raspberry" Only £5.00 each. For more details email10barforfar@gmail.com

Put Covid behind you and don't bother hitting the high street. Why not do your Christmas shopping at the amazing "Skids Store" online.New Items now available .......

Visit the Richard Jobson Store today grab and yourself some great reading material. Stock is low so be quick.UK ONLY. 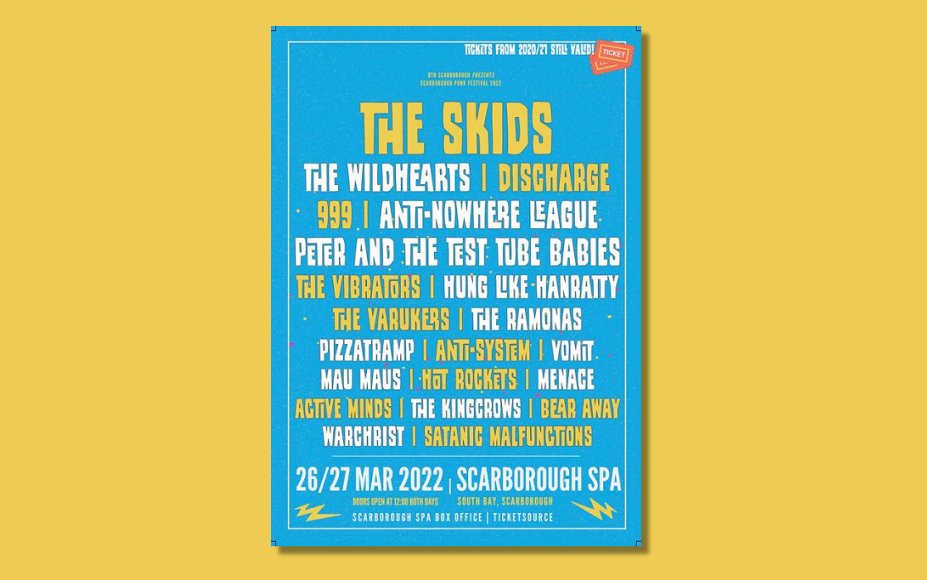 Given the current situation, we ask you to understand and respect our decision to postpone Scarborough Punk Festival 2021 until March 26/27, 2022.

It's becoming increasingly unlikely that the government will allow this event to go ahead early 2021 under the current restrictions placed on the UK, and the Scarborough Spa venue isn't planning on a re-opening until the next financial year (April 2021) which would fall just outside of the date for SPF.

We have looked at dates further into 2021, and due to bands availability, alternative festivals/events happening in the UK, and the current Covid situation, we don't feel like there is a suitable option.

We have therefore taken the decision to push the festival back until March 26/27 2022.

We appreciate that most have been waiting a long time for this event, but we ask you to stay with us, and trust that we have made the right call. Our safety and health must always come first.

All tickets bought for 2020/21 will remain valid for the festival in 2022, and we have secured the FULL line-up, with the addition of some extras, including an extra band for the Sunday, and extended set times for the Saturday.

We will be releasing more information soon with new ticket links and more cheap weekend passes, so please bear with us a little longer, and of course, if you would prefer to receive a refund for the festival, we will honour all refunds from your point of purchase. But we must ask that you trust in our decision and allow for tickets to roll over until 2022. 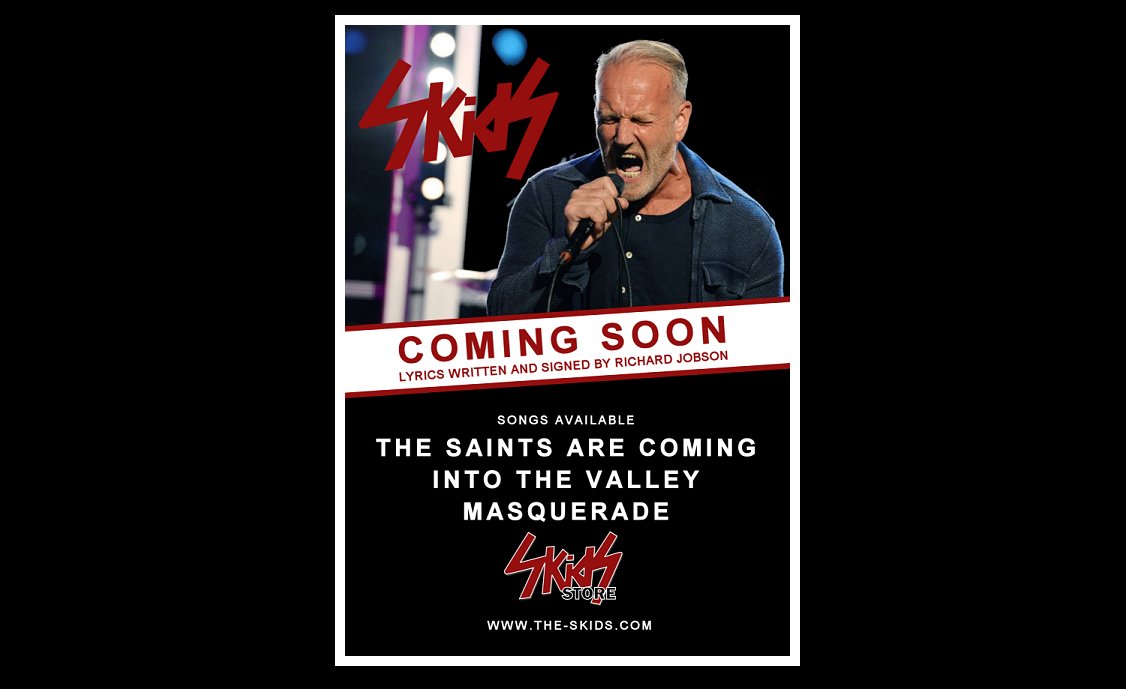 Due to the interest in the add-ons, and by request, Richard has kindly agreed to hand write and sign lyrics to The Saints are Coming, Into the Valley and Masquerade.
These will be limited availability and only available in Skids Store. More details to follow.